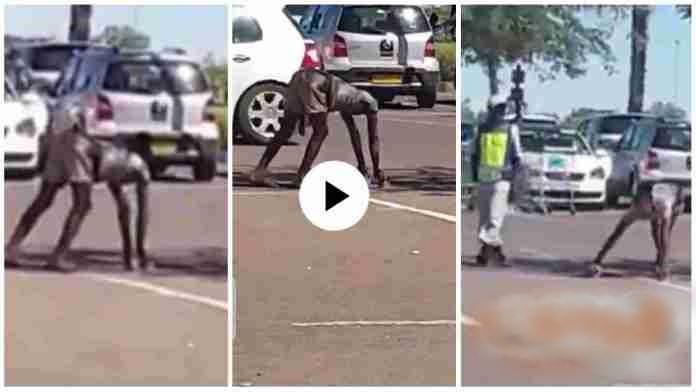 A female ritualist behave like a goat after being forced to pick ritual money she had placed on the floor to trap an unsuspecting student.

Reports speculate that the innocent student might turn into the goat if she picked the said ritual money.

The suspected ritualist suffered the fate she had intended for the student as she was forced to pick the money herself.

She reportedly dropped the money on the floor for a student of Oganganmodu Grammar school in Nigeria to pick up but some passers-by noticed her shenanigan and made her fall into the very trap she had set.

The incident is reported to have occurred at Ido, Ekiti State of Nigeria.

A video of the said incident shared online by Nollywood_arts shows a a lady behaving like a goat with which is surrounded by witnesses who filmed the development.