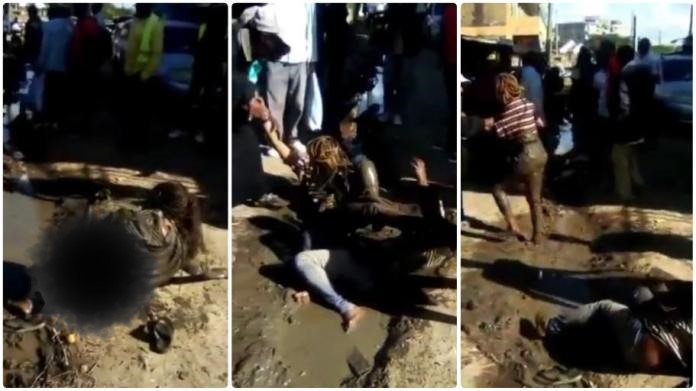 Ladies Fight Pants Down In Public Because Of A Guy – Video Trends. Wild video of two Slay Queens fighting dirty over a man has emerged and has gets people talking on social media .

If you ever want to see how women can extremely get violent in life, then you need to check out when two or three of them are fighting over a man.

This is the exact situation that happened to two slay queen after they found themselves in a middle of a brutal fight .

A video shared online shows the two slay queens exchanging heavy kicks and blows before landing in a ditch.

Even after they landed in a ditch, they continued to go after each other’s necks. According to social media reports, they were fighting over a man.

Concerned women, who were passing by, managed to separate the two slay queens, who almost killed each other.