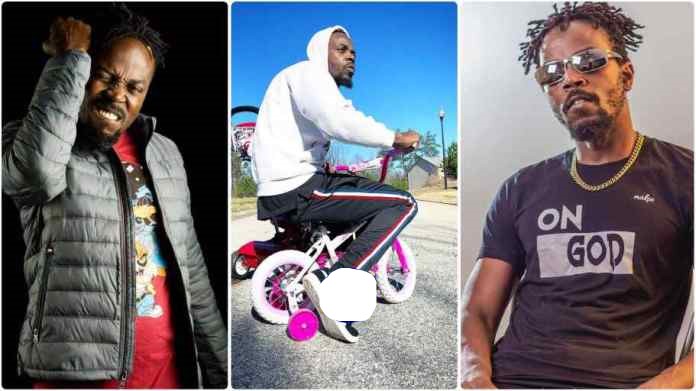 There’s a down side to every good thing. With the invention of world wide web and by extension, social media, the world has indeed become a global village.

While reaching out to millions in a second has become easy, some ills have escalated. We have heard of the disturbing epidermic of cyber bullying.

Lately, in Ghana , begging has become a norm online. Instagram has created a different kind of world, where people appear perfect, content and to be living in abundance.

For those who go by with very little, begging is the way they believe they can measure up in the area of lacking.

In a recent post shared by Ghanaian musician, Kwaw Kese, he expressed displeasure over being a possible victim of the beggars club.

Speaking to the issue, Kwaw asked these social media users to get jobs or better still ‘go sell pure water.’

Kwaw Kese after giving his followers the pure water option went on to call them ‘abowa’, meaning animal in the local language.

“You beg people for momo on social media everyday like you don’t have life.
Masa go sell pure water, abowa”

Some of his followers who were not enthused about his rant, replied him saying; 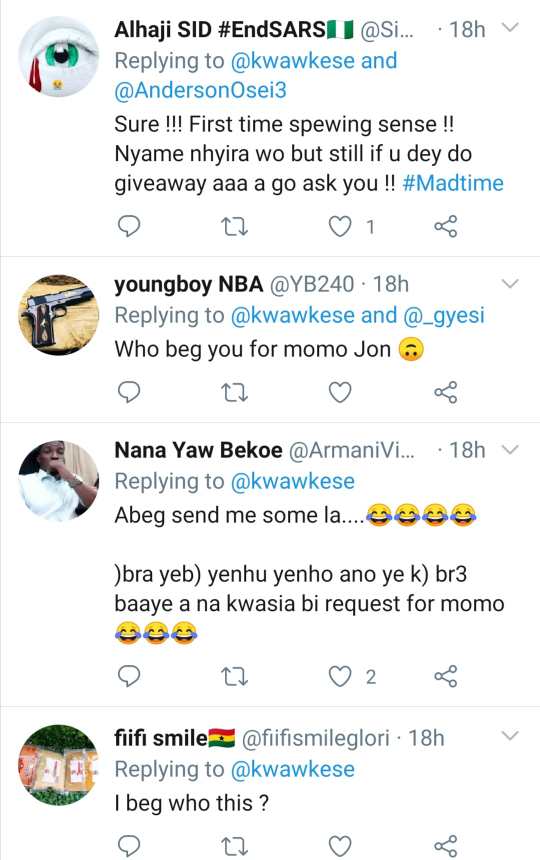 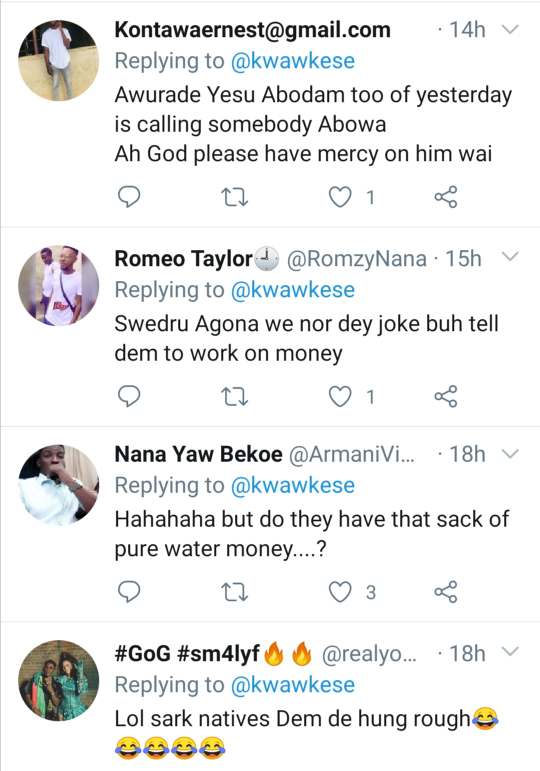