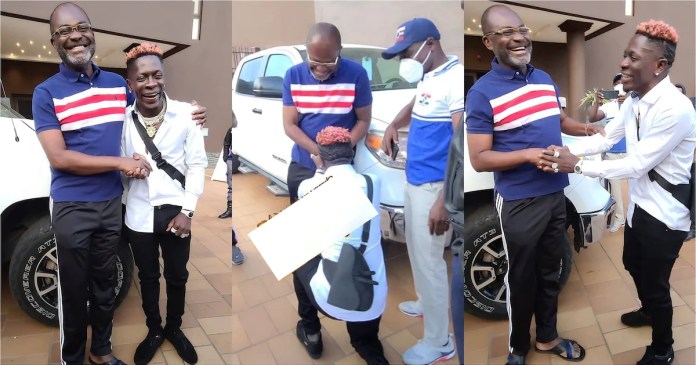 It was all smiles when Dancehall King, Shatta Wale, met Member of Parliament (MP) for Assin Central, Kennedy Agyapong.

In photos and a video which have popped up online, the two are seen chatting and posing for the cameras in happy moods.

The video as sighted by us, shows Shatta Wale holding the hands of Ken Agyapong and kneeling down before him in a show of respect.

Jokingly, Mr Agyapond stated that Shatta Wale has bonked all the Nima girls. They burst into laughter following his remark.

Their meeting took place at Kumasi where Shatta Wale received a rousing welcome some days ago.

Shatta Wale bows before Kennedy Agyapong as they meet in Kumasi