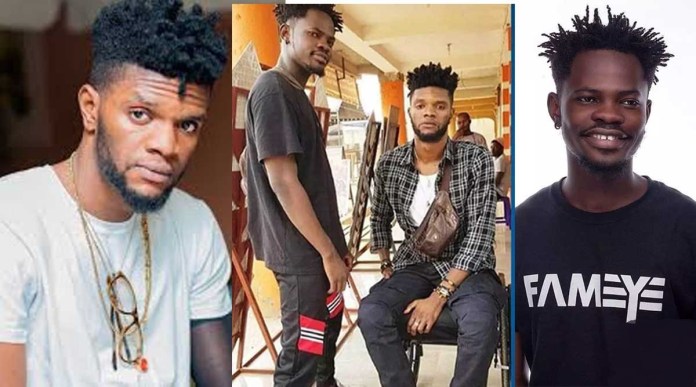 I Will Take Fameye To Antoa To Kill Him – Ogidi Brown Gives 2 Weeks Notice (Video). CEO of OG Muisc, Ogidi Brown is back with his back and forth charade with his Former signee Fameye

Ogidi Brown in a latest video has revealed that he is going to kill Fameye using smaller gods.

According to the video available to us , Ogidi Brown took a swipe at Ghana media saying there is no truth in the media and the industry.

In his words, it saddens him that fameye could organize shows and not informing him

He noted that he never went to Court because Fameye and his team have been begging him and promising to pay his $50,000

The CEO of OG Muisc revealed that he won’t seek redress at Court ,but would resort to famous ‘ANTOA‘ where he will murder and curse fameye.

He further noted that Fameye has only two weeks to settle him.