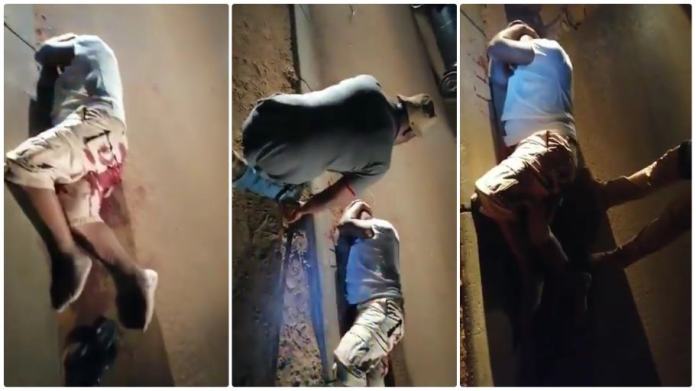 Husband Shoots Cheating Wife’s Boy Several Time On His Bortoss – Video. A husband has been arrested after he allegedly shot and injured a man believed to be his wife’s boyfriend.

The bloody incident happened on Saturday around 8 pm in extension 17 in Mokopane, Limpopo.

In a viral video , a man who appears to be the husband is kneeling next to the victim’s head, accusing him of wrecking his marriage.

He can clearly be heard when he says, “You are messing up my family,” while the victim is lying on the ground bleeding and asking for forgiveness.

“This man is monied, driving expensive cars and wrecking my marriage,” the man said.

In another video, the paramedics arrive at the scene and the shooter shows them where he shot the victim.