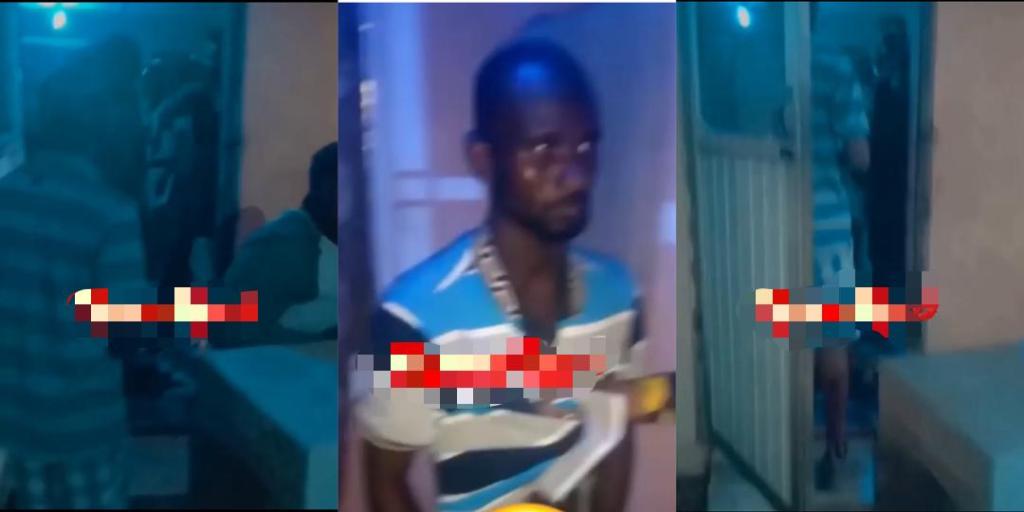 Hook up Ladies Clash In De House Of A Guy 2 Seize His Belongings 4 Refusing To Pay After Chopping Them – Video. A new wahala has risen between a middle-aged man and a group of prostitutes.

Apparently, this man went to sleep with an ashawo who was deaf and dump. So he wanted to take advantage of her by refusing to pay her.

The deaf lady messaged her fellow hook-up ladies via WhatsApp and within minutes they came to her rescue.

Video : Guy Gets His Big Pen Stuck While Chopping Married Woman – Video Below

As a result of the man’s refusal to pay the amount due for the enjoyment service given him, his belongings were seized.

In the video, one can see the man begging for mercy, but these girls won’t hear any of that. They took his fridge, toilet paper, among other items.

Lanky Man had sex with a Death and dumb hook – up Lady and refused to pay, and Lady texted her hook up girls
Guess what they are ransacking and packing his room items away.