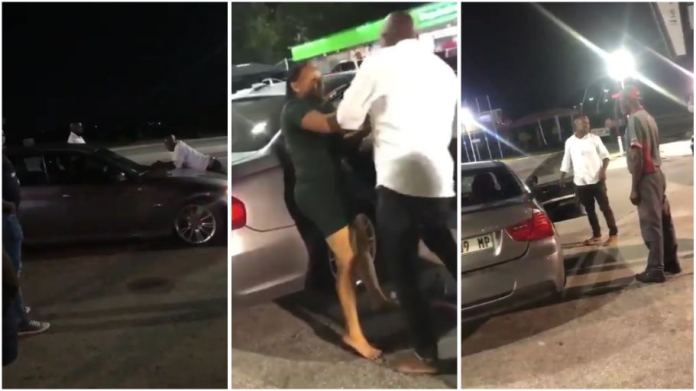 Heart Broken Guy Retakes BMW He Bought 4 Girlfriend After Dumping Him – Video. A Broken-hearted man has caused quite a stir on social media after taking back the BMW car he bought for his girlfriend because the relationship ended.

The video shows the man hanging on to the bonnet of the vehicle as the woman wanted to skid off.

Such a marvel to watch as people gathered to watch the man desperately trying to get his car back, whether she had cheated or dumped him remains unclear but surely looks bad for the woman.

The heartbroken man from Mpumalanga manages to successfully get his BMW E90 from his girlfriend as the crowd is heard mocking him in the background.

Video : Men Enjoy Me In Bḛd Even Though I Have Pḛn!s & [email protected] (Hḛrmaphrodite) – Female Musician (Video Below) 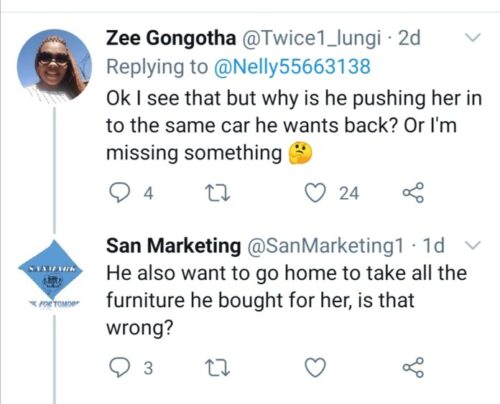