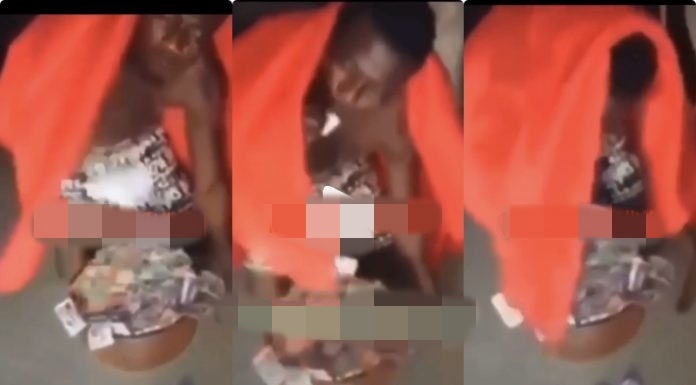 Guy Vomits Money Continuously During A Ritual Process – Video. A young Nigerian man has been caught in a viral video vomiting money during an alleged ritual sakawa process.

The viral video which is currently making rounds on social media has exposed a lot of crazy things these young men go through just to drive the nicest cars in town.

The video captures a young man believed to be in his early 20s vomiting money into a calabash.

A calabash full of money purportedly from the mouth of the young man is seen sitting right in front of him while he continues to vomit.

It is believed to be a ritual process that was recorded and later leaked online.