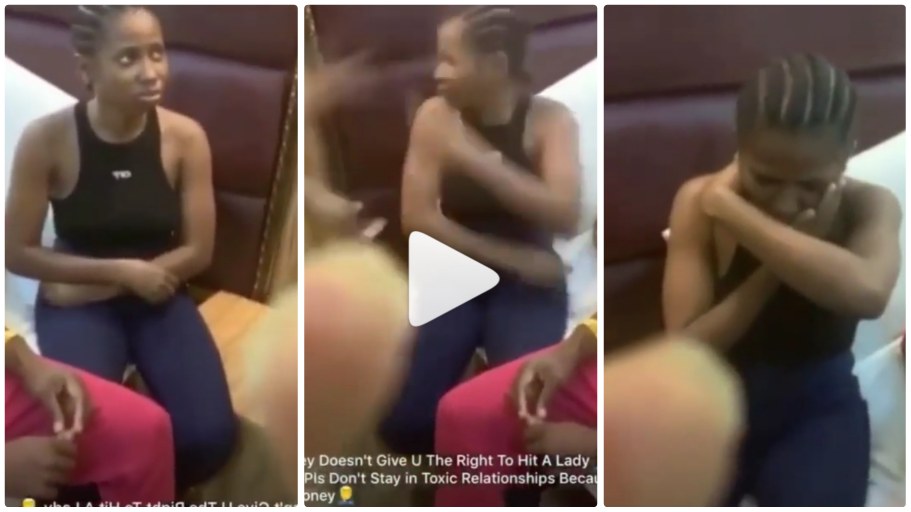 Guy Slap Slap Girlfriend After She Confronted Him 4 Cheating On Her – Sad Video Below. According to what was gathered, the said young man had taken to using such extreme violent measure because of what she did to him.

Apparently, the man whose identity is undisclosed took to beating the young lady because she allegedly cheated on him with another man.

In the video , the girl can be seen surrounded by the boy and his friends who were drilling her with questions and when she finally spoke up that he cheated on her first hence her retaliation, the boyfriend proceeded to give her a ‘dirty slap’ in front of the other guys in the room.

The girl who was practically crying asked the guy why he was slapping her since he cheated on her first and his response was that ” Am I not a boy? I’m allowed to cheat and not you”.

Watch : Am More Of A Woman Than You So Have Sense – Transgender, Buchi fires back at Bobrisky (Watch)