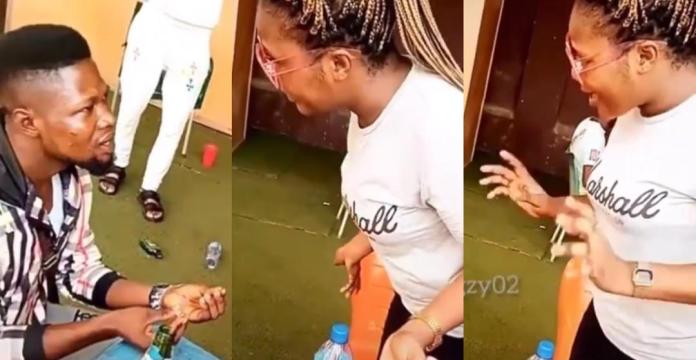 Guy Humiliated By Girlfriend After Proposing To Her In Public – Video. Girlfriend Humiliates boy lover when she rejects his proposal in public after 7 years of dating.

Boyfriend just received the humiliation of his life after his long-time girlfriend of 7 years publicly rejected his proposal.

From a video going viral on social media, the unknown young man knelt before his girlfriend whom he has ben with for years to propose.

The lady surprised the crowd present with her answer as they thought she was going to say yes because of how long they have dated or been together.

Funny enough the lady never regarded the relationship or the guy as she stated in the video she is not dating him and she can’t date him so she can’t say yes to the marriage proposal.

This causes her friends to question why she would do such a thing but she continually said they were not dating, all the seven years the guy was thinking they were dating.