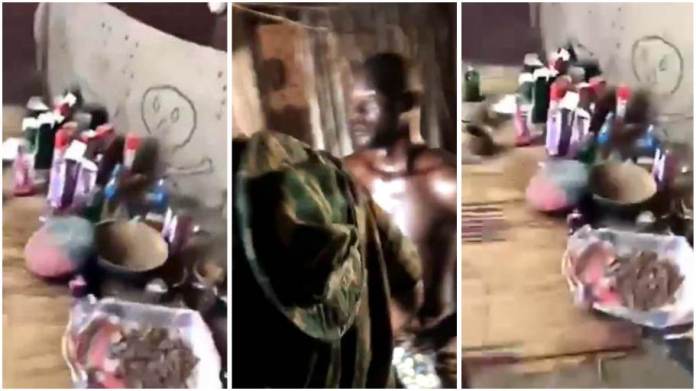 Guy Cry Blood After Native Doctor Duped Him 7 million – Video (Pls Don’t Cry). Seun Logan, a Nigerian man has been duped by a Native Doctor by scamming him of N7 million of which N6 million was borrowed.

He added that the doctor did some kind of juju on him and that led to them controlling him as he didn’t know what he was doing until he was dumped.

Also the native doctor gave him things to drink and eat and also control him to do something against his will.

Well people are wicked taking money worth 7 million without working for it is something.
The victim went to Native doctor’s place with a soldier to try to arrest the native doctor.