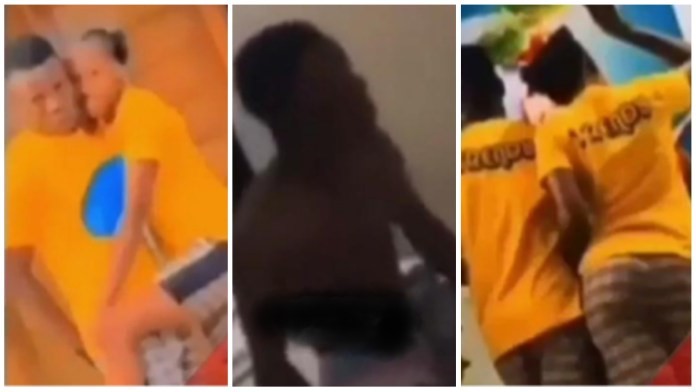 Guy Cries Non Stop After New Guy Chop Chop His Girlfriend In His Same Hotel Room He Was Sleeping – Video. Woow some ladies are well poorly trained, how can u have s3x with another guy in the same room your guy book to have fun with you,

Below is a video of a guy that nearly run mad after crying bitterly when another guy chop chop his girlfriend in the same hotel they lodged to make l0ve in new video.

The girl and her boyfriend were reportedly lodging at a hotel to make l0ve and a different guy sneaked in to have $£x with her.

Upon realizing, the guy almost run mad. He could be seen in the video crying while attempting to explain himself.

The quantum of tears he was shading merits that he is indeed heartbroken.