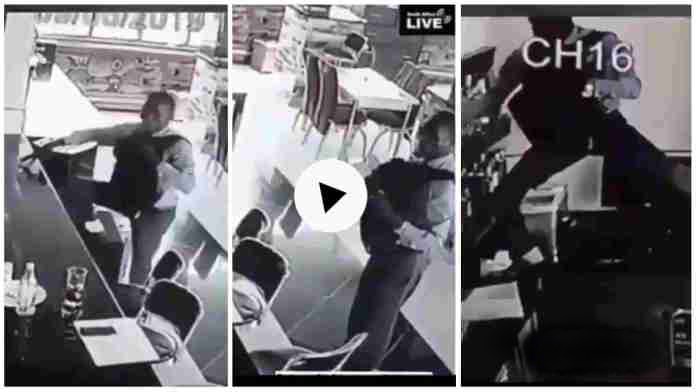 Guy Captured On CCTV Camera Stealing Inside A Pub – Video. We bring to you a video of a young man captured  on CCTV Camera stealing drinks inside a Pub.

Netizens are reacting in a different way towards he trending viral video.

Well it all happen when the man having a glass of wine called out the bar attendant to settle his debt, after the attendant he decided to carry out his baad mission  by climbed the bar table and loaded drinks into his bag.

Unfortunately for him, he was captured by the CCTV camera.