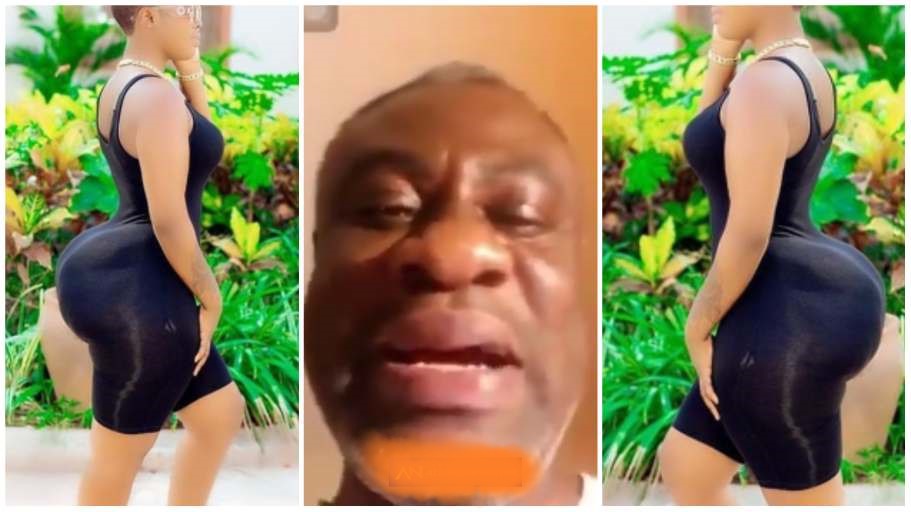 Grown Up Man Cries Like A Child After His Young Girlfriend Dump Him – Video. An unnamed Ghanaian old man has been spotted crying after suffering a shocking broken heart from his younger girlfriend.

Many boys are told while growing up to man up as they must not be seen crying, but some heartbreaking circumstances make them ignore all advice and give in to their human nature to cry.

Men in love also get deeply hurt and heartbroken like ladies and cry uncontrollable tears.

Such is the case of a Ghanaian man who was dumped by his young girlfriend called Akua Afriyie.

In a viral video sighted by Atinkanews.net , the man who is believed to be in in his early 50s could be seen crying his heart out.

His reaction reaction comes after his girlfriend Akua Afriyie told him their relationship is over.. apparently, Akua called off the relationship over some hearsays from naysayers.