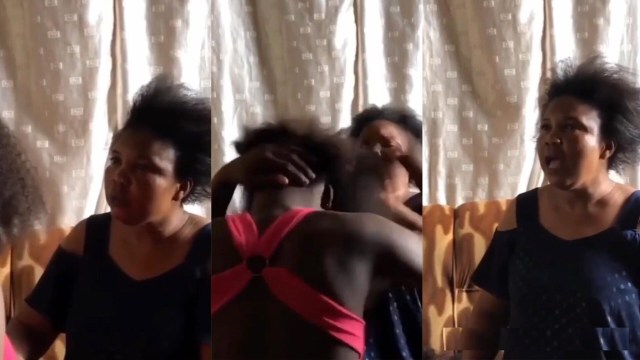 Girl Beating Up By Mom After Pranking Her With Pregnancy – Video

Girl Beating Up By Mom After Pranking Her With Pregnancy – Video. A mother who disciplined her daughter for saying she is pregnant finds out that it was a prank.
A mother who was disturbed lashed her daughter for getting pregnant, which later turned out to be fake. The viral video had the mother convincing her daughter to tell her about the man who impregnated her.

She promised never to touch her but ended up beating the hell out of her after she mentioned the man’s name to her.

Her daughter later told her it was a prank – “The video is so lovely to watch.