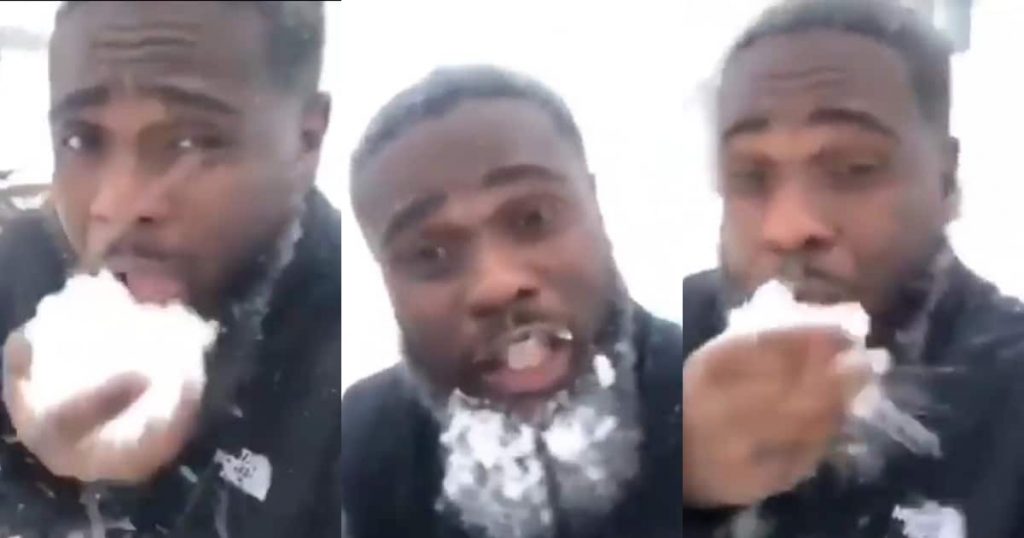 Ghanaian Guy Trends Online As He Eats Snow Like Popcorn In America – Video Below. A Ghanaian man has been captured in a hilarious video chewing snow in the United States of America while saying in local language Twi that it is as sweet as sugar.

Some parts of the US are experiencing a winter storm which has left them engulfed with snow.

In the video that is circulating on social media, the Ghanaian man is heard and seen saying that the whole place had been covered in snow like never before and all he could see was a sea of white.

He then proceeded to fetch some of the snow from the ground and started chewing it like it was food while giving a commentary on how it tastes amidst laughter.