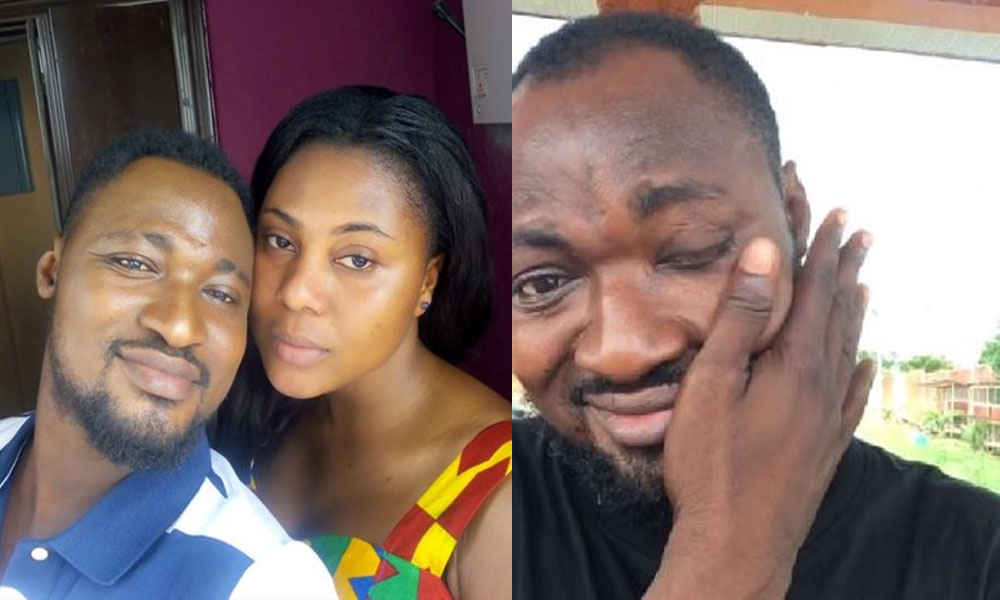 Funny Face Seek Forgiveness By Apologizing To Baby Mama N Family – Video. Popular Ghanaian comedian, Funny Face has claimed that he was out of himself which led to the recent fight with his baby mama Vanessa hence have apologized for the ranting spree and insults.

The comedian has been in the news for the past weeks as he goes all out on his baby mama and her family.

Following his series of posts and insulting people who back the baby mama, The woman however came out to grant an interview in which she revealed how the comedian used to abuse her when they were together.

The baby mama Vanessa who was nine months pregnant for the comedian amidst the fight has now delivered a baby girl about two days ago.

With regards to the delivery, Funny Face has dished out an apology to Vanessa and her family indicating that it was depression that made him result in the slamming and ranting on social media.