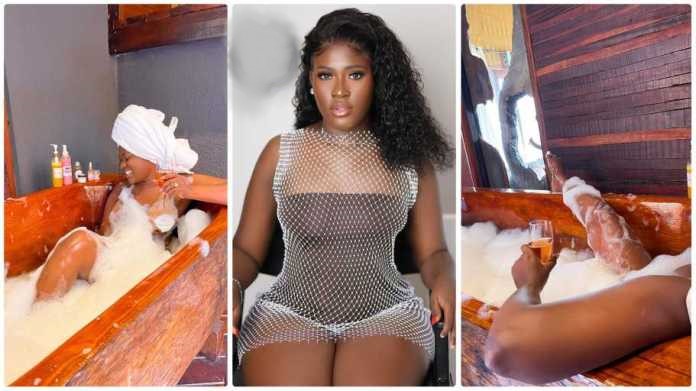 Fella Makafui Goes Raw On Social Media By Making Men Swallow Saliva – Video. Ghanaian actress and entrepreneur Fella Makafui, has stunned her teeming fans and followers with a new photos and video of herself while she was taking a shower.

Fella Makafui was seen relaxing happily in the Jacuzzi with a wine glass in her left hand.

The actress who also doubles as a business woman appeared to be enjoying her time in the shower as she was full of smiles, indicating how happy she is

After posting the photo of herself in the shower, Fella Makafui captioned it:“Money makes the world go round and she is spinning.”

Video : Pastor Captured On Camera Kissing And Playing With Big Snake In Traffic – Video Below