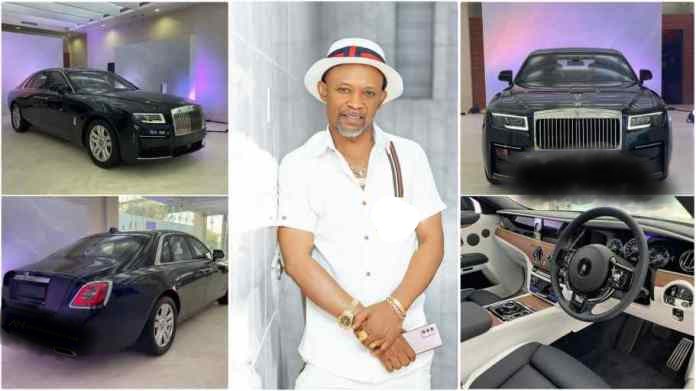 Managing Director of Despite Media Group, Fadda Dickson Narh, is going to celebrate this coming Christmas season in heaven as he treated himself to a cool gift.

Fadda Dickson not recently ago took to his Instagram page with a video showing the new addition to his fleet of cars.

Managing Director of the Despite Media Group, noted that, the whip is his “2021 Babe”

Fans and well-wishers on this great and mighty man were seen in the comment section with congratulatory messages for the ‘first’ 2021 Rolls Royce Ghost owner in Ghana.

Robb Report reviewers in both the UK and US have been impressed by the new edition. After driving the $332,500 car, writer Ben Oliver gushed that the new Ghost firmly re-established Rolls-Royce as the “world’s greatest luxury marque.”

Meanwhile, Robb Report‘s automotive editor Viju Mathew was taken by the new Ghost’s “singular magic-carpet ride” and found it to be a worthy successor to the cherished original.