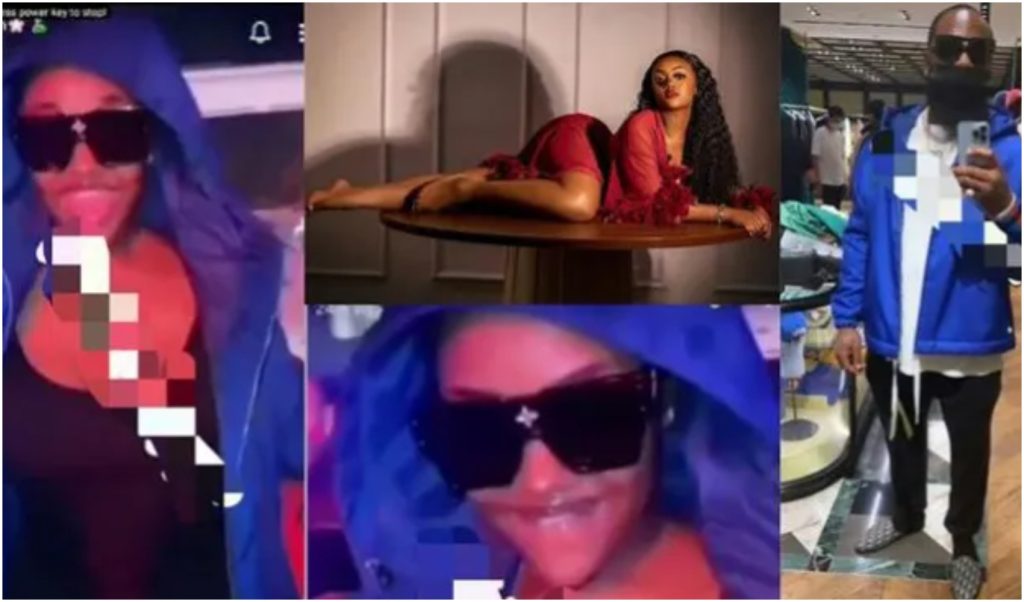 Davido’s Chioma Rowland Seen Wearing Her Alleged l0ver’s Jacket While Dancing. Chioma Avril Rowland, Davido’s third baby mama has been on the news lately owing to her alleged new catch.
IG gossip blog, Cutie__juls alleged that the mother of one has moved on with a new man whose photos were also shared on social media.

New : Boy Amazingly Turns Into Spiderman To Avoid Being Punished By His Mother

It was further alleged that her new lover, King requested that she tats his name on her body, which she (Chioma) obliged.

A video however shows Mama Ifeanyi as she’s fondly called vibing while putting on her alleged new lover’s jacket.