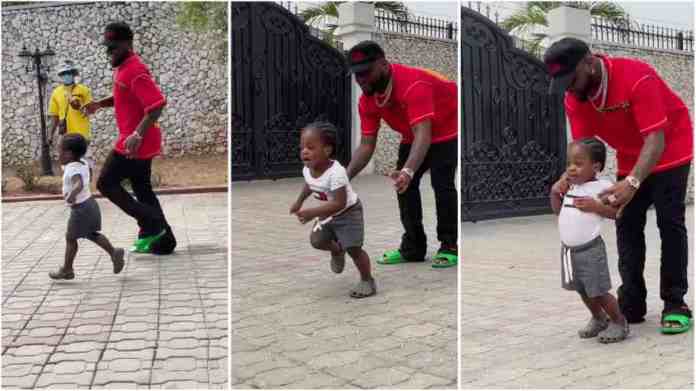 Undoubtedly, Nigerian singer, Davido knowns how to get the attention of social media users as he took to his Instagram page to share a video of him bonding with his son, Ifeanyi.

The Fem crooner recently shared a video of him and his son having fun in the compound of his mansion and he is convinced that the boy is Olympics material.

Holding on to his son, Davido prophesied as he announced his son as a future Nigerian Olympic gold medalist.

The father of three cheered loudly as he finally had a little run with Ifeanyi who of course, won.