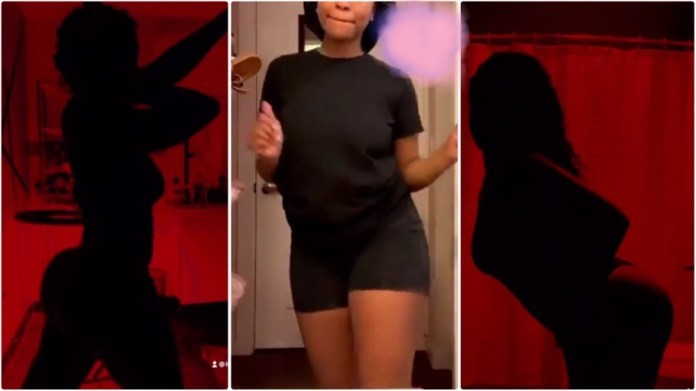 Daughter Beaten Mercilessly By Father When She Was Seen Doing Silhouette Challenge – Video. A no-nonsense father gave his daughter a serious beating and left her begging for mercy after he caught her red-handed going raw for the Silhouette Challenge.

Due to its silhouette-esque feature, girls can go unclad without any of their sensitive body parts left in plain sight while escaping most social media apps’ policies on nud¡ty.

The silhouette challenge has got many people talking from many standpoints. The religious, the moral, and the social stand.
SEE ALSO :Drama ensues as two female nurses exchange heavy kicks and blows in hospital canteen [Watch]

Most parents don’t care what their teenage daughters do on social media platforms but this responsible father keeps a close eye on his daughter.

He caught her the moment she was about to bring out her explicit version of challenge, he confronted his daughter and disciplined her for lacking good morals.