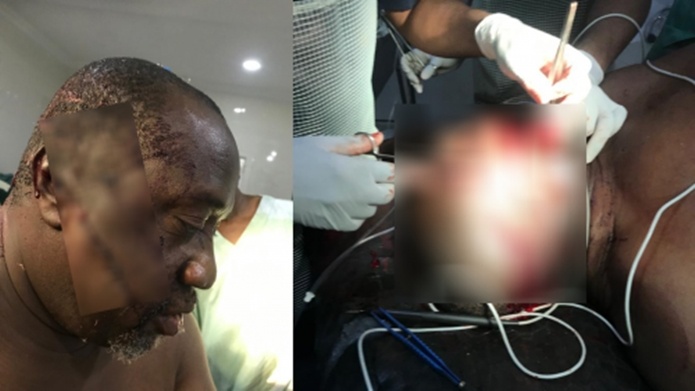 Dana Pilot Attacked N Brutalise By Hoodlums While Jogging. A Dana Air Pilot, Captain Edward Johnson, was brutally attacked by hoodlums while he was jogging in his residential area in Abuja, inflicting deep cuts on his face and body.

Newsmen reveal that the tragic occurrence happened on Thursday morning during which the hoodlums, whose identities had yet to be known, also collected his phone.

After inflicting cuts on him, they ran away while Johnson was rushed to a hospital where he could be stabilised.

A source told SaharaReporters, “Captain Edward Johnson was attacked early this morning while jogging. He had with him his phone, which he was using to record the distance covered. This was also taken away by the hoodlums.

“I have spoken with the wife. She told me he is in stable condition now. It happened in Abuja this morning. He is a Dana Air employee in Kaduna.”

Abuja is gradually becoming a hub of street urchins and hoodlums who attack passersby and vulnerable pedestrians with dangerous objects to rob them of their valuables.

The police recently said that bag snatching, one-chance robbery and car snatching were among the commonest crimes in the Federal Capital Territory.