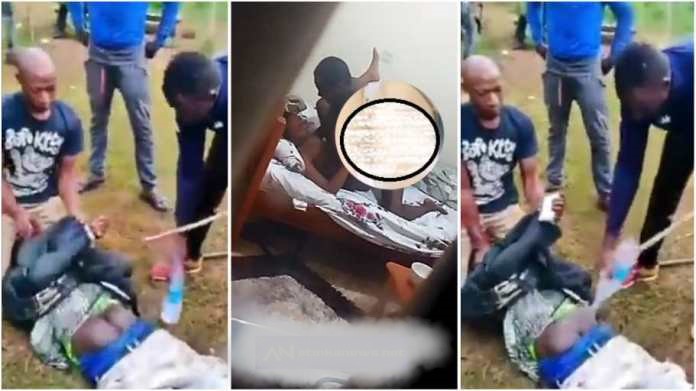 Crowd Nearly Beat Man To Death After Caught Chopping Someone’s Wife – Video. This randy man was beaten mercilessly after he was busted in the act with some body’s wedded wife .

A middle-aged man was left begging for mercy like a toddler after he was caught chewing someone’s wife.

According to reports, a jilted husband laid a trap for his cheating wife after finding out that she was engaging in extra-marital affairs.

He then organized some goons when he found the location where his wife was having some nice time with her clandestine lover, catching them in the act.

The lady is said to have escaped from the scene leaving her ‘partner-in-crime’ facing the music alone.

Guys, please stay away from people’s women. Men have been killed for harvesting honey from someone’s beehive.