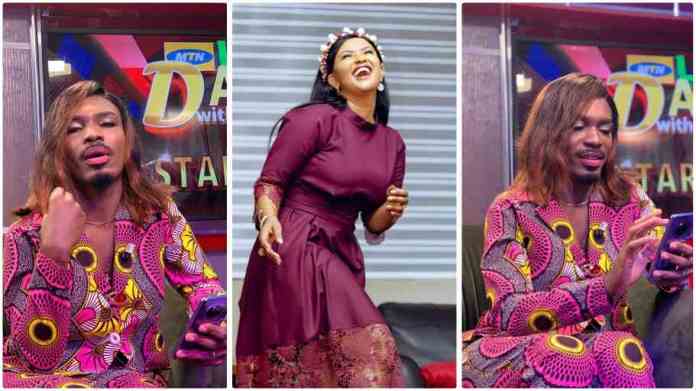 As it has become a custom, UTV brings many entertainers to take over the programming on the station every New Year Day.

This year’s edition happened to have Clemento Suarez in the mix and he came with a bang.

Suarez dressed like McBrown and talked like her as he presented a fake episode of her show ‘United Showbiz’.

Acting as McBrown and trying to re-enact the night of the show that got Funny Face and Kwadwo Nkansah Lil Win in an altercation, Clemento Suarez just nailed.

As host of the show, he also had other comedians like DKB, Jeneral Nta Tia, OB Amponsah, Teacher Kwadwo, Lekzy Decomic, and many others as panellists.