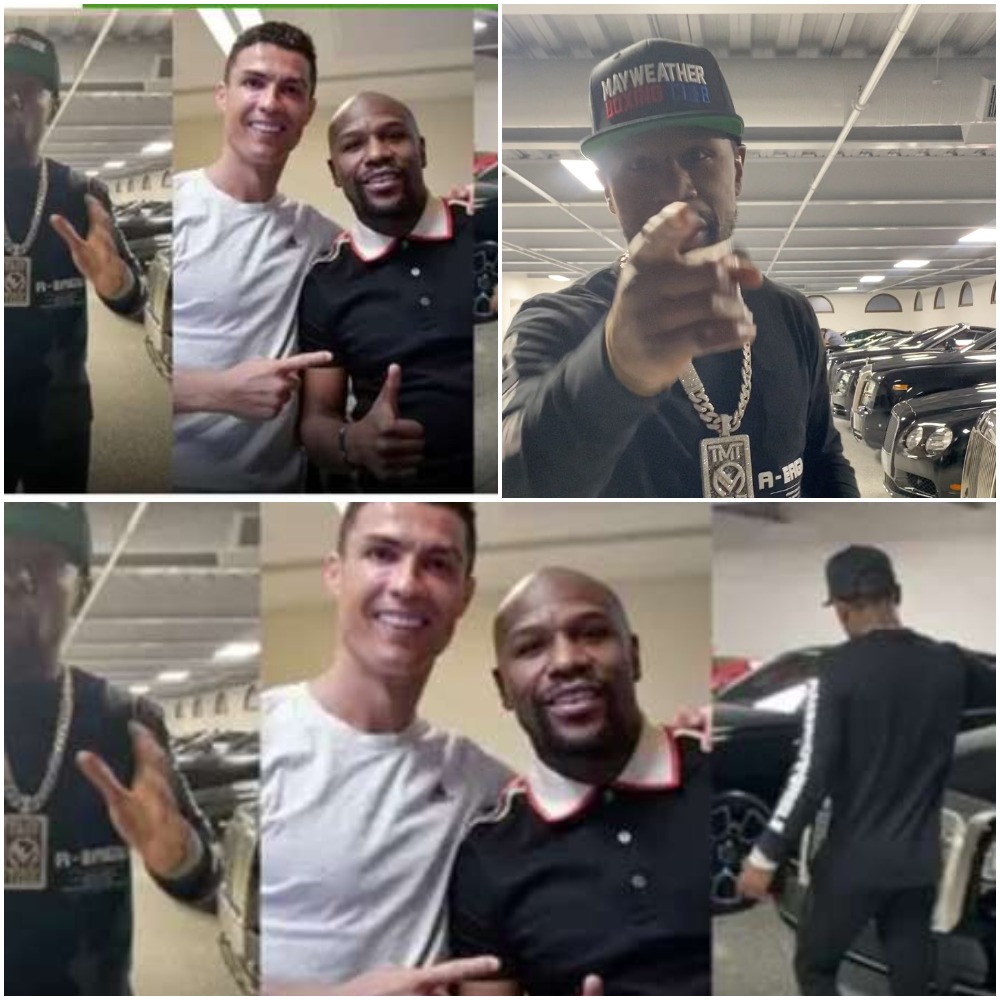 Juventus striker Cristiano Ronaldo has told American boxing legend Floyd Mayweather to give him one of his car which is Bugatti.

Floyd Mayweather is one of the most successful athletes in the world considering the money the American has made and still making despite not fighting again.

Since Mayweather retired from boxing, there have been calls for the American to make a return to the ring, but he has not yet made any public declaration on his intention.

However, Floyd Mayweather is so blessed that he has mansions around in America and other parts of the world, he has many cars for himself and also his children.

To crown it all, Floyd Mayweather also has a private jet which he takes to anywhere in the world he feel like traveling to.

The 43-year-old took to his official Instagram page to show his fans the number of his cars and was asking the one he should take out on Friday night.

In his garage, Floyd Mayweather showed his fans four Ferraris asking them which one he should take out.

Cristiano Ronaldo however spotted the post and told Floyd Mayweather to give him the Bugatti. 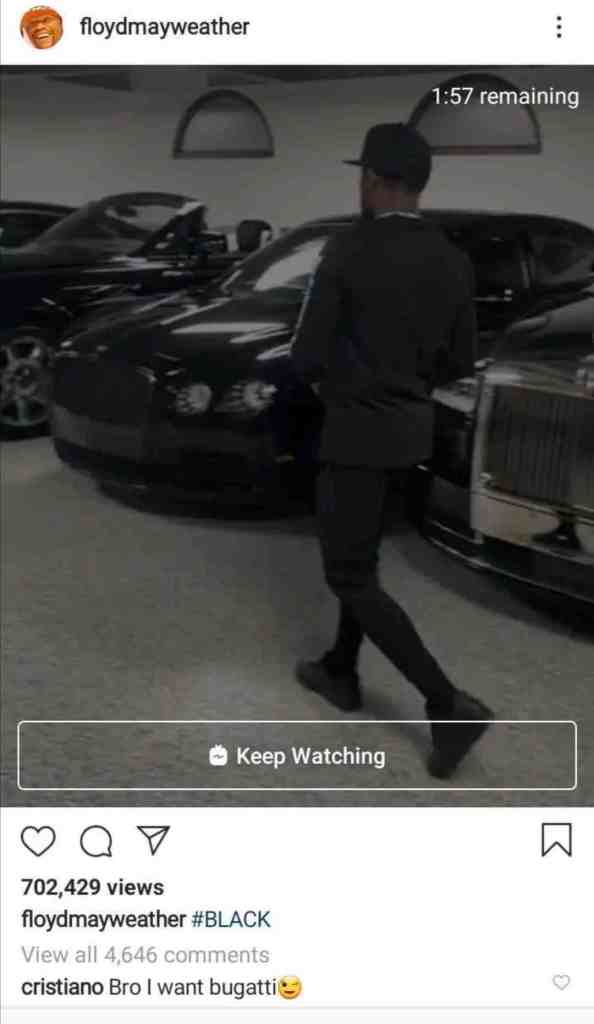