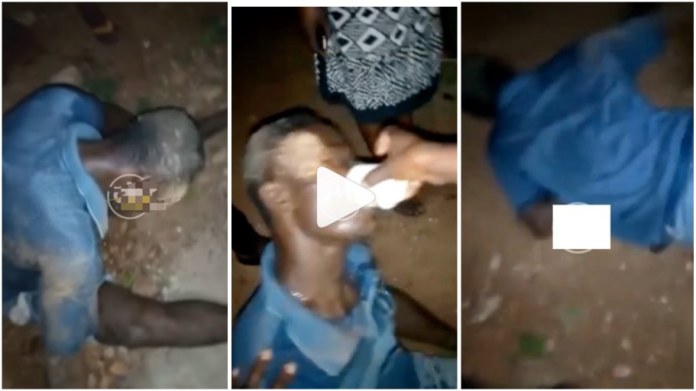 Broken-heart Nearly Killed This Man – Video Below. A video currently circulating on social media shows a Broken-hearted man dirtying himself on the bare floor after being dumped by her boyfriend .

A gentleman whose name is withheld has been captured in a video that is fast going viral dirtying himself on the bare floor after suffering from a broken heart.

In the video, was sighted online on the Instagram handle of @Delay.ba, a group of concerned men were seen making futile attempts to calm the young man down.

It also seemed as though the gentleman had not eaten in a long time, for which reason he was forced to take in some drink in a cup.

One of the men in the footage inadvertently disclosed that the lady who victimized the young man with the broken heart is called Akua.