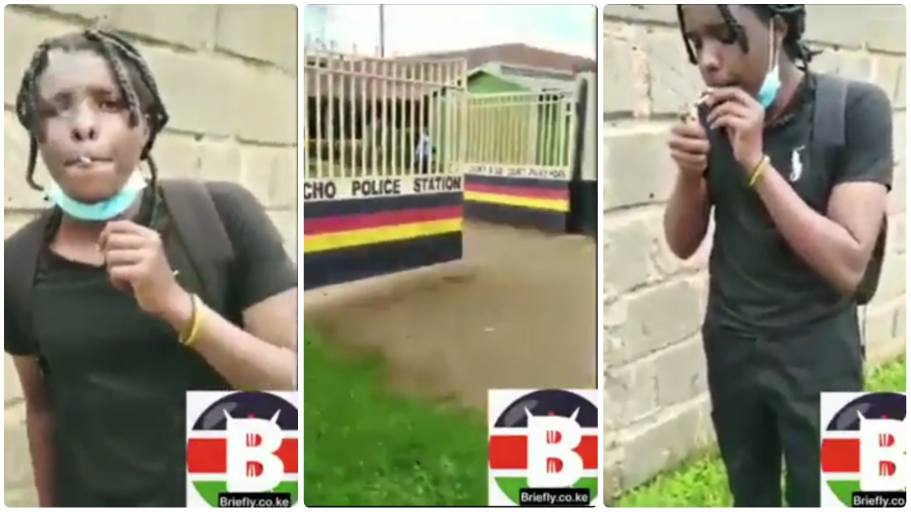 According to Kenyan law, smoking of marijuana is illegal but this young man broke the law within the premises of a police station in Kericho and shamelessly shared the video online, hoping to become some sort of social media celebrity.

Police have reportedly launched a man-hunt for the stupid dude who had the audacity to smoke bhang right at the gate of Kericho police station.

The video has been widely shared on social media.