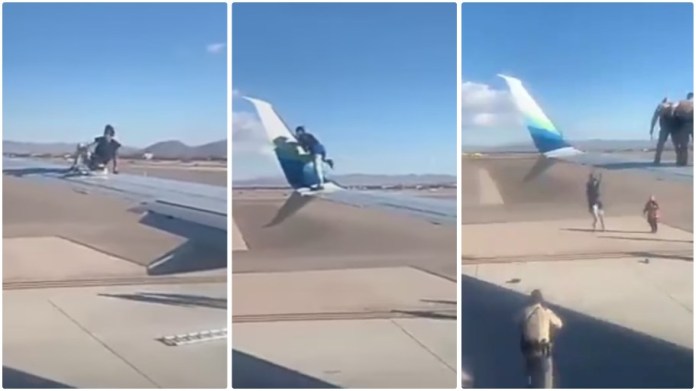 Boy Jumped On Plane Wing As It Was Going To Take Off, What Happen Next Is Sad – Video. What at all will make a sound human being jump on a plane wing when it is preparing to take off.
Is it depression or a spiritual attack, well we have a video of such act.

Below is a video that shows how a man climbed on the tall wing of Alaska Airlines Flight 1367 as it prepared for takeoff on Saturday, December 12, at McCarran International Airport.

Report have it that the man was seen around 2:pm after he jumped a perimeter fence, the man in suspect was taken to a medical facility for investigation.