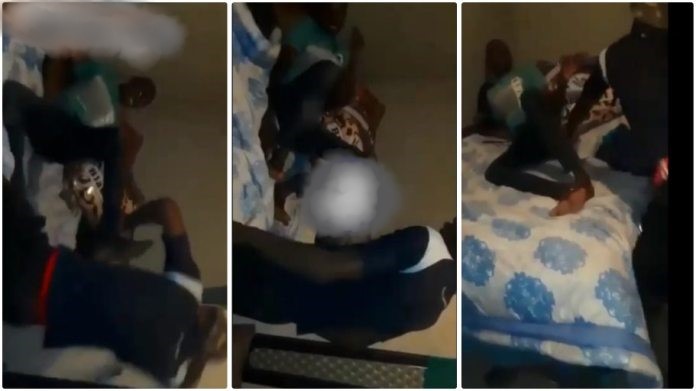 Boy Beaten To The Core After He Was Seen Red Handed In Bed With A Someone’s Wife – Video. This poor Kerewa starved man was beaten mercilessly after he was busted in bed with a married woman .

When it comes to cheating and 2020 has been a year in terms of these cheating escapes and shenanigans.

Many men and women are busy cheating on their spouses and it’s really becoming serious.

In a video below the man being beaten is a close friend of the man who he was currently cheating with his wife.

He was a driver and he used to deliver goods to the wife of his friend who he made a move on.

The lady is said to have escaped from the scene leaving her ‘partner-in-crime’ facing the music alone.

From the video, the men assaulting him are heard admonishing him for abusing the trust of his friend.