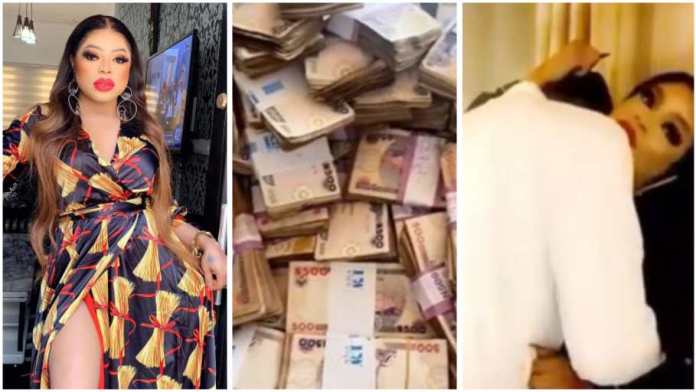 Bobrisky Display De N15 million Naira He Made Just 1 night With Lover – Video. Nigerian Instagram star and Cross-dresser, Bobrisky has caused some stir over the internet after he showed the 15 million Naira his mystery lover gave him.

Recall we earlier reported news of Bobrisky flaunting his lover who he referred to as Niyi on Snapchat saying he will literally kill him in bed.

The money was gifted him by new boyfriend Niyi, who resides in Canada.

Bobrisky has again shared a video on his SnapChat throwing ‘shots’ at ladies who party for a whole week with guys and return home with a little amount of money.

Bobrisky posted the video of the huge amount on his Snapchat. He revealed that the guy gave him the money after they spent the night together.