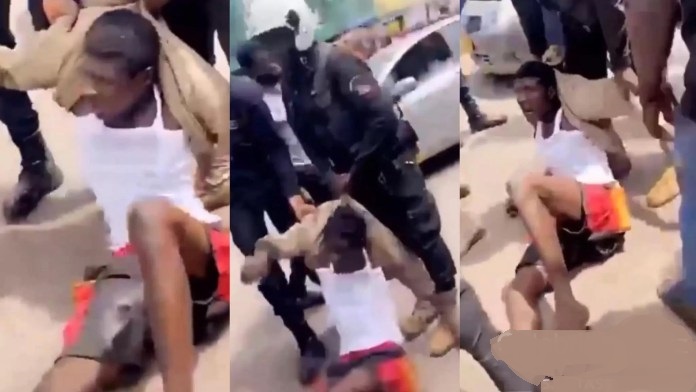 Ghana’s police service has moved swiftly to arrest some of the armed robbers who attacked and shot traders in Alaba, Kumasi.

The Ashanti Regional Police has apprehended three suspects in connection with a robbery attack at Alabar High Street in Kumasi on Friday afternoon.

The police have identified Hamza Nuhu, 22; Salifu Iddrisu, 18 and Ali Razak, 18 as accused persons whose actions lead to the death of Anwar Hussain, a spare parts dealer.

Three other persons have sustained injuries and have been rushed to the Manhyia Government Hospital for treatment, sources say.

A video that has surfaced shows police moving one of the suspects into their van.