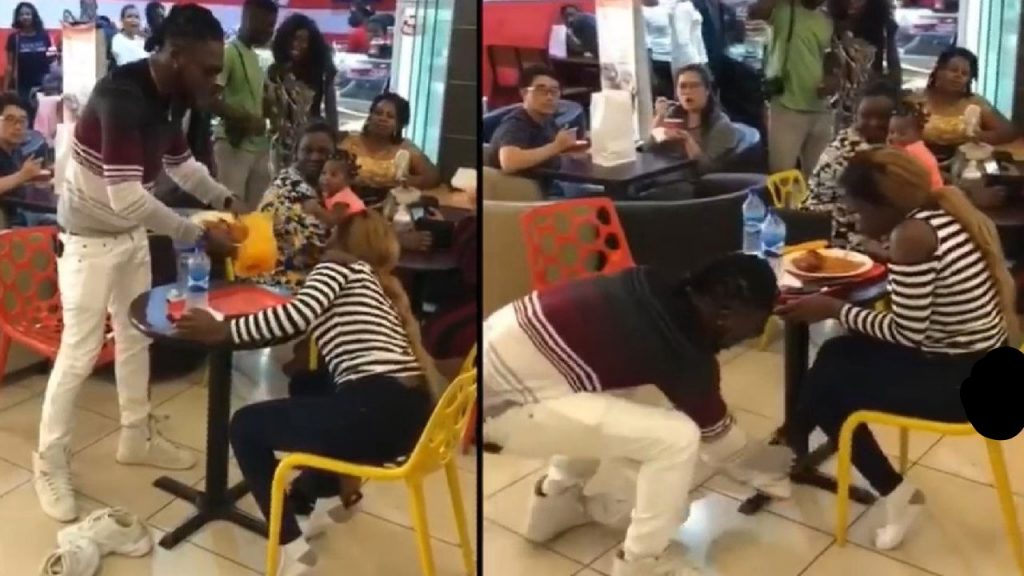 Angry N Mad Boyfriend Takes Off Shoes, Clothes N Food He Bought For Galfriend After She Rejected His Proposal – Video. It was such and ugly mood when a galfriend reject caring boys married proposal in a restaurant full of people.

Well as they always say yes leads to married and long life and one needs to care caution to take that bold decision but taking money and gifts from a guy who you don’t love can lead to a fight.

Below is a trending video of such in which a guy takes off shoes, clothes and food he bought for girlfriend after she said no to his proposal.

His turning down and reaction in the video went viral and now he is a celeb with no love.
Watch video below.