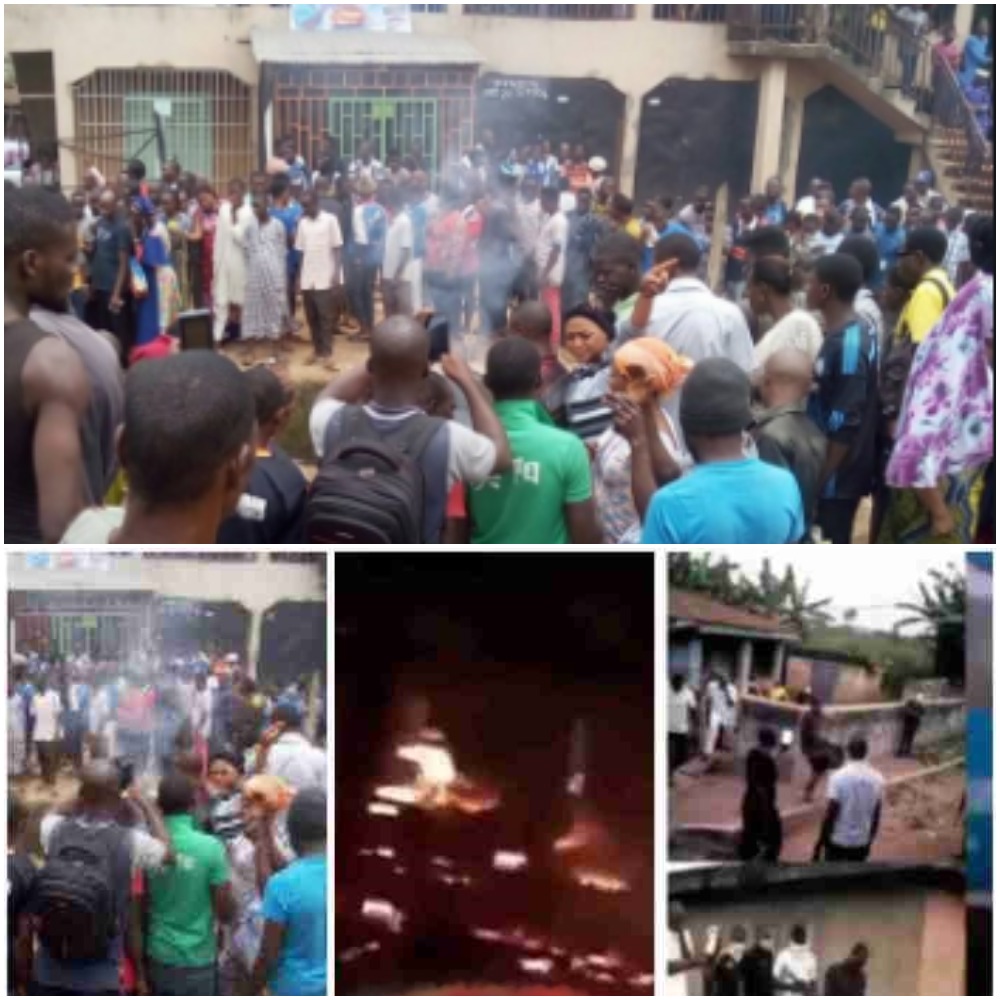 The den was uncovered while the police were investigating the mysterious disappearance of a lady identified as Mutiat Alani.

According to reports, Mutiat had gone missing and a manhunt was launched by the police. During the investigation, her phone was tracked to a vulcanizer who told the police that he got it from one of the siblings.

He led the police to the house of the ritualists and they were arrested. Angry youths later burnt down the building where the suspected ritualists operated from.

Confirming the incident, the Spokesperson of the Osun State Police Command, Yemisi Opalola, said the siblings were arrested with mutilated corpses.

“We arrested two ritual killers Tajudeen Monsuru and Tajudeen Lawal. A woman identified as Mutiat Alani was reported missing. We commenced an investigation. The telephone of the missing woman was found with Monsuru.

The police went to the house and recovered two mutilated corpses. They discovered decomposing bodies. They confessed that they killed many people but only two corpses were recovered. They killed for rituals to help those that patronise them,” she said.