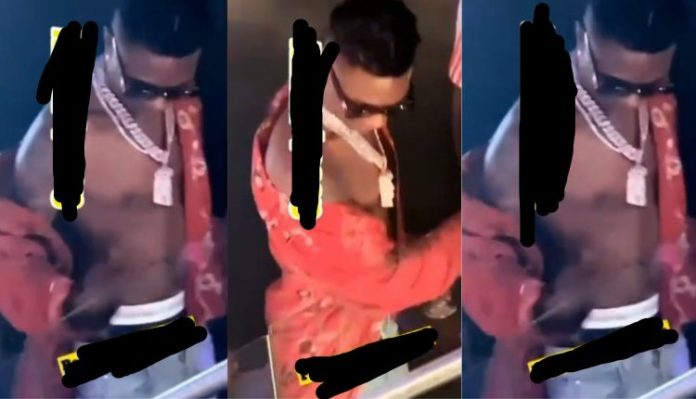 Wizkid was caught in 4D telling a lady who was jamming with her boyfriend inside the club to abandon him and follow him upstairs to chill with the big boys.

This incident happened in one of the top nightclubs in Lagos where Wizkid is currently residing at the moment.

In a video posted on social media, the musician could be seen signaling at a girl to follow him while with his crew at a night club.

A man recording the scene gave account of what was happening in the clip as he showed the girl going up the VIP stairs to meet Wizkid.