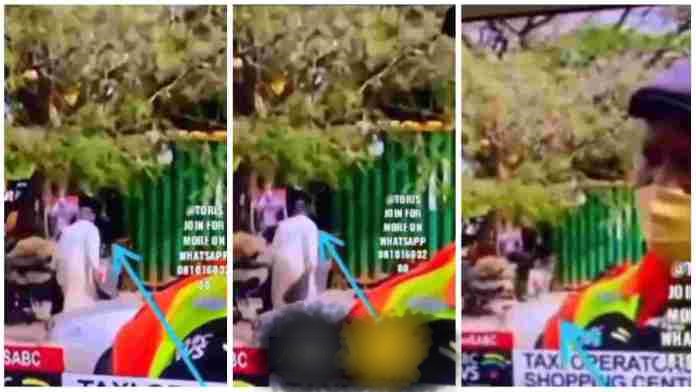 Alleged Ghost Of Old Lady Disappeared In A Live Interview – Video An old woman who many believe to be a Ghost disappeared on live TV.

They have been many stories told about ghosts walking among us, a lot of people find this hard to believe and always ask for proof before they will believe that “Nonesense”.

In a new video trending on social media saw an old woman dress in white disappear in the background while a man was being interviewed.

The old woman who appeared to be walking in the background all of sudden just disappeared into thin air. Could this be an instance of a ghost caught on camera?

Some many people find the video shocking and hard to believe. Most people describe the old woman as a ghost. Others also called it a camera glitch or probably an edited video.