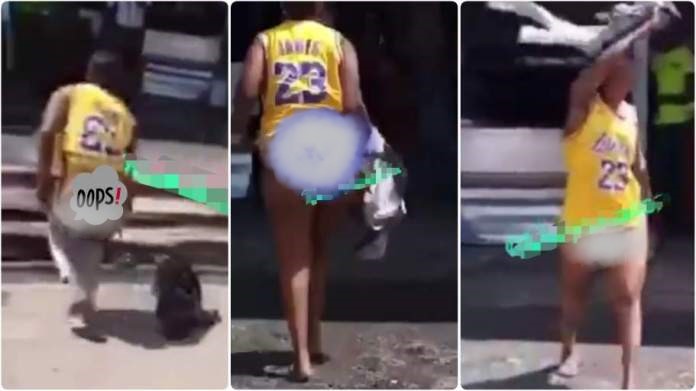 Alleged Bootylicious Lady Runs Mad After Sleeping With Man In A Hotel – Video. Shocking video of a beautiful young lady who ran mad after lodging with man in a hotel has gone viral on social media.

Strange things are often known to happen day in, day out. But no matter how many times they occur, they never cease to amaze the multitude of people because these weird happenings show just how much of the world lies way beneath the reach of the eyes.

In line with this thought, a shocking video recently surfaced on social media which is setting many people at ill ease.

An unidentified lady reportedly lost her mind and is displaying signs of insanity after after lodging at a hotel with a man suspected to be her sugar daddy.

The yet-to-be identified lady was captured causing a scene in the early hours of Monday , after she was reportedly expelled from the hotel because of her switch to crazy mode.

According to reports, the young lady slept in the hotel with a man and started displaying after sunrise.