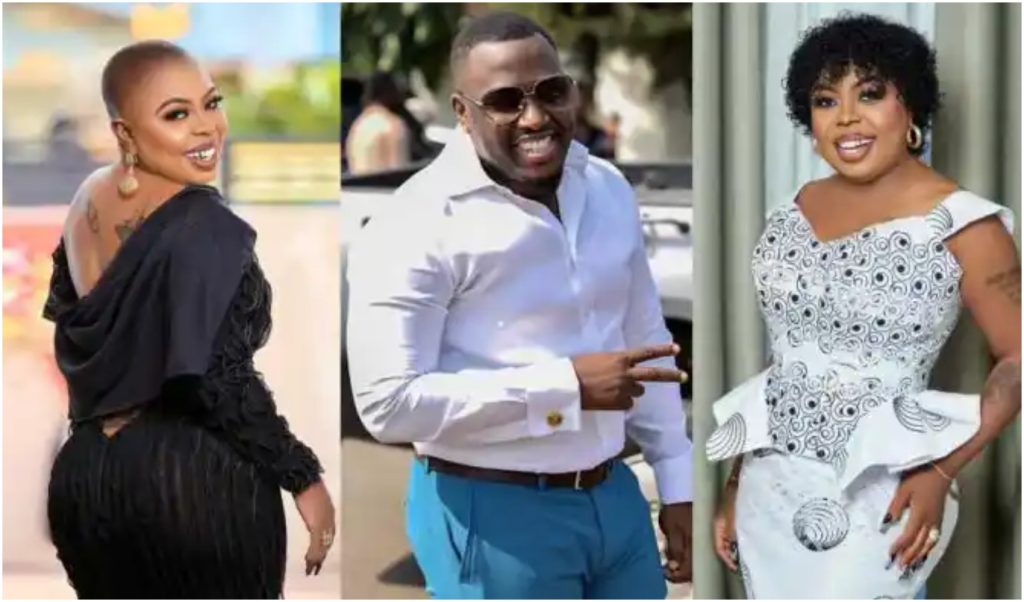 Afia Schwarzenegger Blasts Coded Of 4X4 Fame On Live Radio. Ghanaian media personality, Afia Schwarzenegger has thrashed Coded4X4 for what she portrayed as heading out the passing of her dad to create a gain.
Coded4X4 released his new single, ‘dada damoase’, during the specific time frame Afia Schwarzenegger was getting ready for the funeral of her late father.

The phrase ‘dada damoase’ was birthed by Afia when she took to social media to thank patrons who at that time, graced her father’s one-week remembrance ceremony.

In some 10 appreciation videos earlier shared on her Instagram page, Afia was heard saying, ‘Dada da moase’, an Akan phrase which translates to ‘Daddy is grateful.

Fans noticed her constant use of that particular phrase and it became a popular term spanning across social media.

But Afia Schwarzenegger who had since remained silent over the development has finally broken her silence.

In a phone-in conversation with Abeiku Santana, Afia said Coded’s ‘dada damoase’ song is a clear example of mockery.

She rained several insults at the musician who was seated next to Abeiku Santana in the studio. This was after Abeiku called Afia to seek her thoughts on the song.

In response, Coded who maintained a calm composure the entire period said,

“I don’t know why she is this way but when you go on Afia’s page, you can tell that she is an award-winning comedienne. Everybody can attest to the fact that the word she used and I repeated it in my song wasn’t a mockery to her father because that is very personal. If she is going on this way, I’ll respect her decision. I’ve known her for a very long time and she has been very supportive of our works. If she feels offended in any way, I want to use this medium to apologize to her.”