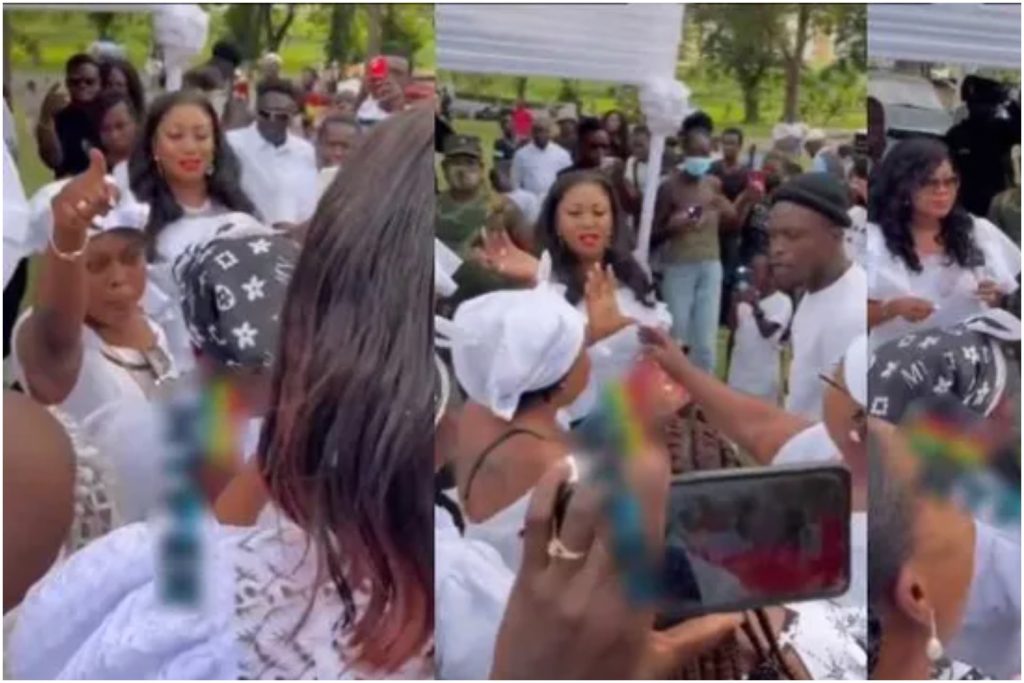 Afia Schwarzenneger has been captured on tape landing a hot and dirty slap on the face of a man who tried to pick some money people sprayed on her.
The funeral of the father of controversial female comedian Afia Schwar was finally put to rest last weekend.

Afia was captured in a series of videos dancing in the midst of her friends while she was sprayed with money. In one of the videos sighted online, Afia Schwar was seen landing a hot slap on the face of a man who tried to pick some of the money sprayed on her from the ground.

It was quick as music lightning and the moment after it was so embarrassing for the gentleman who had shock written all over his face.

This happened yesterday at the thanksgiving service for the late father of Ghanaian comedienne Afia Schwarzenneger held at the KNUST gardens in Kumasi.

The action of Afia was a shock to the man and tried to confront her but Afia’s friend Diamond Appiah was seen shoving him away into the crowd. This happened yesterday during the thanksgiving service for the late father of Afia at the KNUST gardens in Kumasi.