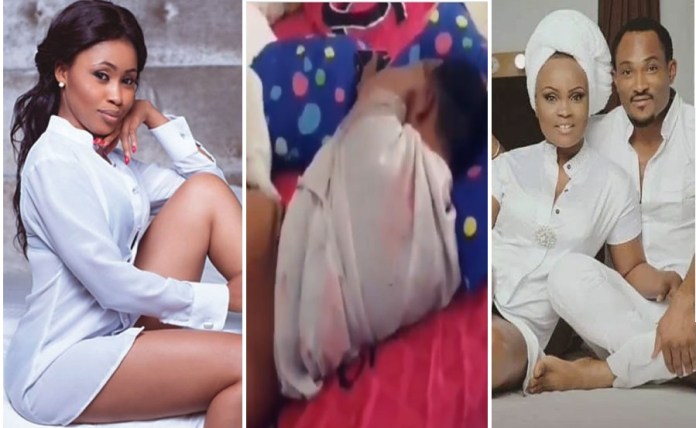 Nollywood actress, Padita Agu has threatened Blossom Chukwuejekwu’s ex-wife, Maureen Esisi that she will release her full video if dares challenges her.

In a video which showed Padita playing games with Maureen Esisi who could be seen lying on the bed, Padita dared Maureen to turn herself as she hid her face from the camera.

According to Padita, she can finish her life and destiny if Maureen makes any attempt of chasing her so the video can be terminated.