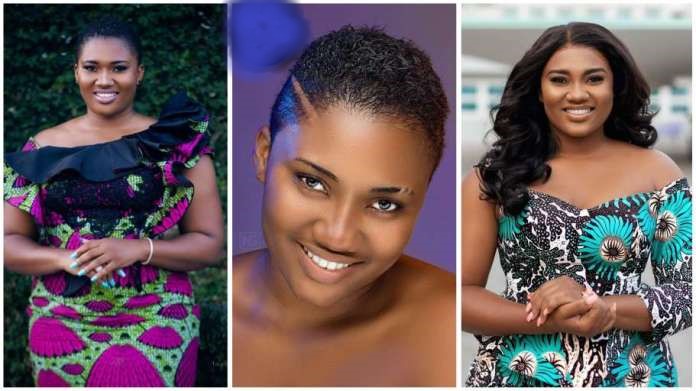 Abena Korkor Trends Online With New Decent Video – Watch. Controversial media personality, Abena Korkor Addo , has spreading love to her followers and flaunts her beauty despite having a relapse recently after she was sacked by TV3.

The former UCC student president aspirant, dominated the news after she shared a steamy video online and was later sacked by TV3 where she previously hosted a show.

In her recent video posted on her Instagram page, Abena Korkor delivered a kiss to her followers glowing with smiles.

Dominating an eatery with her presence, she flaunted her pretty face and stunning dress that matched her black hair extensions and red heels.

Before this hearty video, the former co-host of TV3’s Ladies Circle previously had a meltdown after she learned about the news that she had been fired from the television station.

Abena Korkor captured a distressing moment shedding tears on Instagram, which had her followers extremely perturbed.

Her recent video may just be confirmation that she has truly regained control of her power as she had claimed.