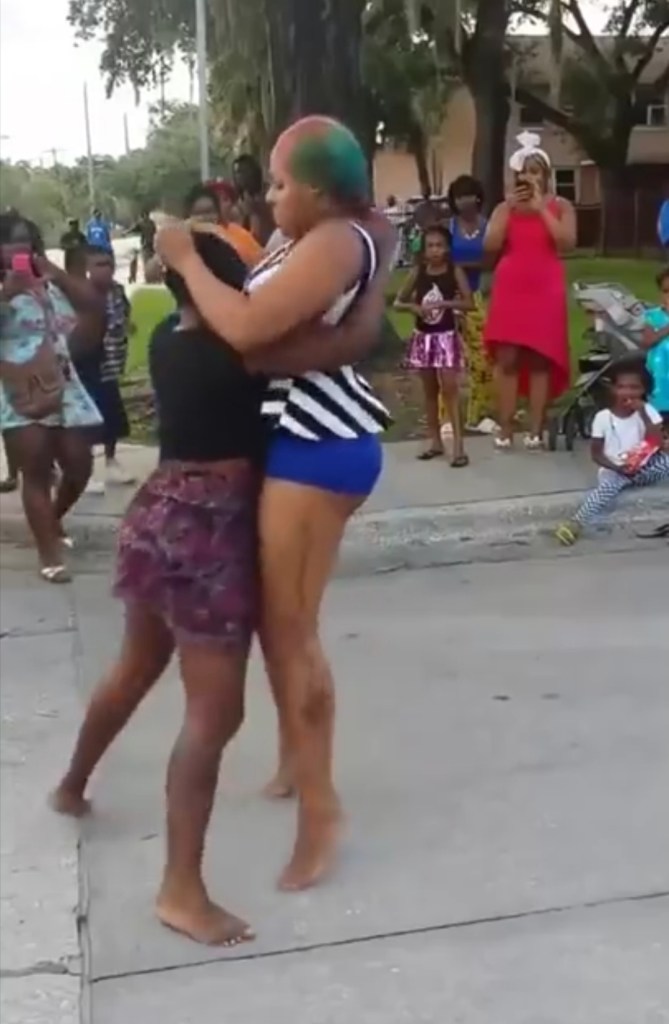 2 Slay Queens Fight Blow To Blow In The Street Over A Man – Video. This video of two Slay Queen fighting dirty in the street is going viral on social media.

The two slay queens caused massive drama as they tore at each other with kicks and blows.

Interestingly, some people were busy recording the drama on their phones instead of trying to separate them from embarrassing themselves.

It is not clear what the bone of contention was but from whispers online, they were fighting over a man.